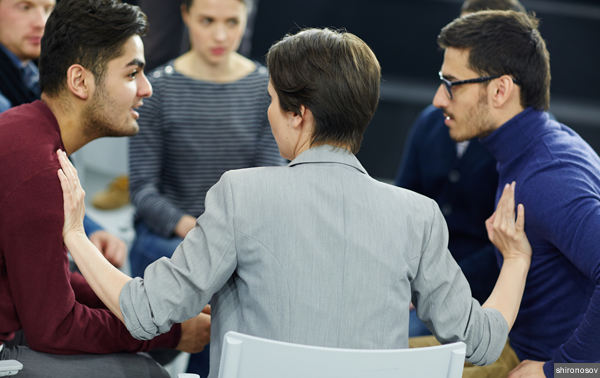 The Labour Relations Agency will provide a new service to employees, employers and their representatives to help resolve workplace disputes following a change in employment law

Early Conciliation comes into effect from 27 January 2020. As a result, anyone who wishes to lodge a claim with the Industrial or Fair Employment Tribunal must first notify the Labour Relations Agency (LRA) and discuss the option of Early Conciliation. Potential claimants will not be able to proceed to tribunal without at least considering this option.

This marks a significant change from the current situation, whereby claims can be lodged with the tribunal and the LRA then has a duty to make contact with the parties to offer conciliation.

How Early Conciliation will work
Tribunal claims usually have to be presented within three or six months of the alleged incident or behaviour, depending on the type of claim. However, when an individual makes an Early Conciliation notification the clock will stop for a period up to one calendar month during which conciliation can take place. The Conciliation Officer will also have the power to extend for a further 14 days providing there is a reasonable prospect of an agreement and that both parties agree.

Getting started with Early Conciliation
The ability to make an Early Conciliation notification will be made available on the LRA website from 27 January 2020 where claimants can fill in a short Early Conciliation notification form. Those unable to do it online can phone the LRA on 03300 552 224 and a staff member will take the details. Legal or trade union representatives can also do this on the individual’s behalf. Alternatively people can download the form, complete it by hand and post it to the LRA, or call into one of their offices where a private space will be provided to complete the online form.

The prospective claimant (or their representative) will then be contacted by one of the LRA’s Conciliation Officers, usually within five working days. They will explain how conciliation works and, with the individual’s consent, will contact the other party to ask if there’s a willingness to try Early Conciliation. If both parties agree, the Conciliation Officer will try to help find a solution they both find acceptable and the settlement will be legally binding. If parties cannot agree a settlement, the LRA will issue an Early Conciliation certificate which individuals will need if they decide to proceed to tribunal.

Exemptions on Early Conciliation
There are a small number of exemptions where individuals can go straight to tribunal if they wish. A key one is in respect of disputes where there are multiple claims. This means that if someone with exactly the same dispute has an Early Conciliation certificate, others do not need to submit their own Early Conciliation notification but can be added to the tribunal claim form for the lead case. Conciliation discussions can then be managed collectively through a representative.